The Jade Buddha Temple is a Buddhist temple located in Shanghai, China. The temple was founded with the installation of two Jade Buddha statues that were imported from Burma. One was sitting Buddha of 1.95 m tall and another was reclining Buddha which was small in comparison to the sitting one. But the temple now consists of a larger reclining Buddha made up of marble which was donated by Singapore.

Thai Buddhist Temple is also known as Wat Chaiyamangkalaram is located at the Pulau Tikus suburb in Penang, Malaysia. This temple contains one of the longest reclining Buddha statues which was named as Phra Chaiya Mongkol. It was built in 1958 and is 33m long. Apart from the statue, there are other several colored statues of Devas and other mythical creatures.

The Buddha Park, also known as Xieng Khuan, is a sculpture park which was started by Luang Pu Bunleua Sulilat and is located 25 km southeast from Vientiane, Laos. The meaning of the word Xieng Khuan is spirit city, therefore the park is regarded as such because the park has over 200 Hindu and Buddhist sculptures. The statues installed at the park are made up of reinforced concrete. Even though the statues are appeared to be centuries old, they are not. The park's main attraction is the reclining Buddha of 40 m long. 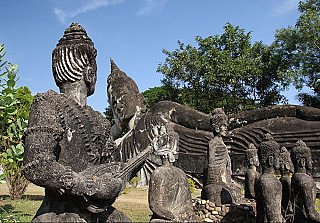 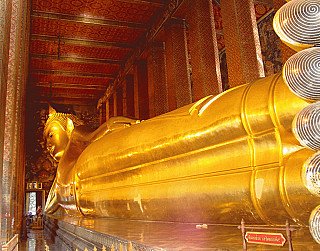 The Dafo Temple is an ancient Buddhist temple located at Zhangye, Gansu, China. This temple is also known as the Great Buddha Temple and is well known for the gigantic reclining Buddha statue of 35 m long. It is believed that the Buddha was built around 1100 CE and the temple has now become the center of attraction for many Buddhists Pilgrims as well as others.

The two Buddhas of Bamiyan were 4th and 5th-century statues of standing Buddha. These Buddhas are carved into the side of a cliff in the Bamyan valley in the Hazarajat region of central Afghanistan. These arts are the representation of the blended style of Gandhara art. These statues were made in 507 CE and 554 CE. In March 2001, these Antique Buddha statues were bombarded by the Taliban. The objective behind such brutal attack was to protest international aid exclusively reserved for the maintenance of the statue while Afghanistan was experiencing famine. Later on while renovating the reclining Buddha statue, archaeologists found some parts of the Reclining Buddha. They have assumed that the unknown Buddha's height is about 300 meters.

View our reclining Buddha statues in our gallery 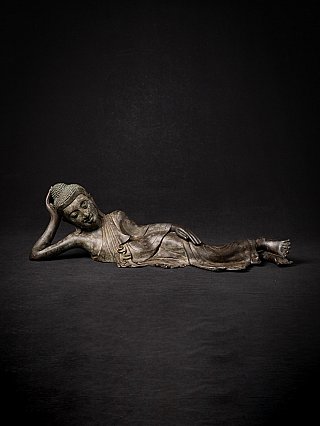 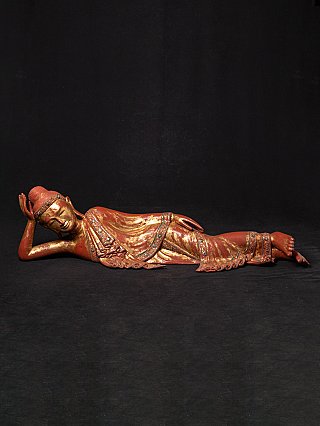 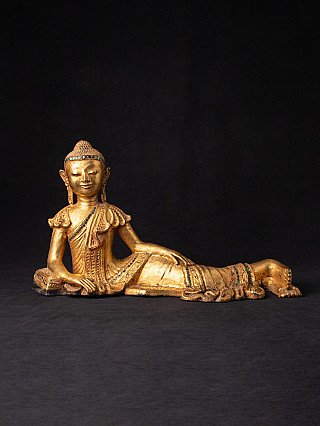 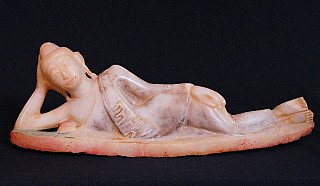